As with all organs, the overall health of skin depends on several different things, including things like lifestyle and diet. The appearance of your skin also depends on the sort of climate you live. As a general rule, people who live in very warm and sunny locations tend to develop fine line and wrinkles at a younger age than those people who live in cooler climates.

Because your skin covers your entire body, it is by far and away your biggest organ, and of course, as we all know, it plays an exceptionally important role. It protects all that is beneath it, including your muscles; your ligaments; your bones, and obviously your internal organs. Because our skin is always visible to us, we tend to take it for granted. However, if your skin stopped functioning correctly, it would not take long for us to die.

From a medical point of view, you only get two different general types of skin. The first type is hairy skin while the second type is known as glabrous skin. Glabrous skin often appears to have absolutely no trace of hair, but in reality, all skin, including glabrous skin, has hair follicles.

Creepy Fact: There are approximately 1,000 different species of bacteria present on human skin at any given time.

Fortunately for us, the overwhelming majority of these are actually friendly bacteria which we desperately need if we want our skin to remain healthy.

Human skin, just like the skin of all mammals, consists of three individual layers:

I don’t want to turn this blog post into a science lesson so I am only covering the three different skin layers in the simplest of terms:

Epidermis – This is the outer layer of skin which completely covers our bodies. It is essentially our first line of defense against bacterial and so one, but it also serves a few other purposes. It contains no blood vessels at all, and the deepest cells which are found in the third layer of the epidermis receive virtually all their nourishment from diffused oxygen which is present in the air around us.

Dermis – The dermis is situated directly beneath the epidermis, and it is here where you will find a high concentration of blood vessels, and various glands, including sweat glands. This is also where your hair follicles are located.

Hypodermis – Although the hypodermis is generally considered to be the third layer of human skin, it is technically not a part of the skin. Instead, it sits below the dermis layer. It consists almost entirely of loose connective tissues and elastin which serve to attach the outer two layers of skin to the underlying muscles and bones. It also provides blood vessels and nerve endings. This is also where approximately 50% of your body fat gets stored in order to offer insulation and protection.

Humans have more color variations than any other mammal on the planet, and it is not something which happened by coincidence. Instead, skin color in humans has resulted from an evolutionary process known as natural selection.

Simply put, some people developed darker skin than others because they lived in areas where direct sunlight was in abundance. Having darker skin in those conditions is essentially a natural means of defense against potential harmful exposure to too UV radiation coming from the sun.

In colder climates where people enjoyed very little direct sunlight, their skin became lighter in order to help them absorb more sunlight in a much shorter space of time so that their bodies would have a better chance of producing a sufficient amount of vitamin D. There are many different things in your skin that help to determine what color your skin will be, but the most prominent one is melanin, which is a natural pigment produced by cells called melanocytes.

Aging and skin do not get along well with each other, and unfortunately, us humans are the ones who end up with those dreaded fine lines and wrinkles which suddenly seem to appear out of the blue at some point. Aging skin can also manifest itself in the form of dark patches; redness; poor texture, and abnormal growths.

As we age, our skin starts to get thinner, and it becomes more vulnerable to damage. It also starts to become less efficient at healing itself. There are several things that contribute to skin aging, including a loss in skin volume, and a decrease in skin elasticity.

Improving The Health Of Your Skin

The first step to improving the health of skin is to learn how to avoid damaging it. Things like a poor diet; a sedentary lifestyle; tobacco smoke, alcohol abuse; excessive sunlight, and constant use of skin care products that are laden with chemicals is not going to do your skin any favors at all.

People cover their skin with chemical-laden creams and lotions virtually every single day of their lives once they reach adulthood. If you really must use these, use organic creams and lotions. Choose ones that are made entirely from natural ingredients which are mild and gentle on your skin. Remember, nano-particle technology has come a long way in recent years, and potentially dangerous chemicals that come in the form of nano-particles may be able to penetrate your skin all the way down to the dermis where they can create some very serious long term problems.

Why an Organic Face Moisturiser Is Best For You 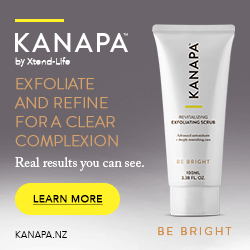